Winter in Dushanbe Is No Longer Cold（2）

2.Winter in Dushanbe Is No Longer Cold

The No. 2 thermal power plant generates heat along with power, which ensures not only power supply for Dushanbe all year round, but also heating in winter. Although this requirement made the project more difficult to implement, the developer ensured it so that the power project meets Dushanbe’s development needs more effectively. Previously, most of Dushanbe residents used electric heaters in winter. When the mercury plunged, the whole family would huddle around the electric heater to keep warm. During the power brownout, when the heaters would not work, they had to switch to coal stoves for cooking and heating, which produced a lot of dust and made them ill.

Dushanbe used to have a pipe network to provide central heating but it had not been working for years. The pipes and radiators in some apartments had been removed and sold. Therefore, before resuming central heating, TBEA overhauled the city’s heating pipe network and installed new radiators in residents’ homes and finally, central heating resumed. People were so moved that they held the workers’ hands tightly in gratitude for a long time.

The winters are no longer cold in Dushanbe

When Mirzoyev, an employee at the power plant, got back home from work, he was greeted by a stream of heat. His youngest son came running to him, barefoot, took his hand and led him inside. The floor was warm. That evening, when Mirzoyev’s father watched TV on the sofa, the heat made him take off his cotton vest. Earlier, he could never imagine taking it off in winter. Steam arose from the food his wife had prepared and put on the table. He touched the radiator and felt the warmth of happiness at his fingertip.

While restoring the heating, TBEA took care to ensure there were no adverse impacts on Dushanbe’s beautiful natural environment. Green development was a key concept in the whole process of construction. They used advanced standards, environmental protection technology and equipment to monitor the discharge from the coal used for the power station. The resulting waste and ash were treated and recycled. The local residents appreciated their efforts for environmental protection. 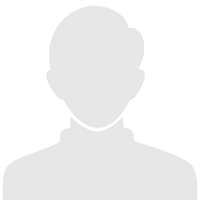